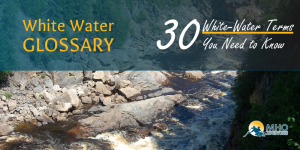 Perhaps you’ve picked an interest in water sports or you have stumbled into one of our articles on white-water adventures. You might even be a pro already, looking for new waters to conquer. Regardless of your skill level, there are certain terms you should know. The difference between a rapid and falls may be a simple slip in conversation, however it could lead to dangerous mistakes on the water. Here are basic terms to articulate the components of your next adventure so you can start speaking like a white-water pro!

The current of a river is the rate of water movement that occurs as it flows downstream under the influence of gravity. It ranges from low to violent, depending on the volume, the width and form of the channel and the gradient.

The amount of water in a river is its volume. River volume is determined by its tributaries, climate (melting ice gives more run-off, for instance), the presence or absence of vegetation, and the permeability of the surrounding rocks.

A river channel describes the area of land that holds the water and confines it within its banks. Channels have different geometric variations.

The river bed is the bottom of the river.

A river bank is the ground or land on each side of the river.

As water flows downhill, a slope is set up which is due to the height difference along the river bed. The steeper this is, the higher the gradient and the more likely the river is to flow faster.

The head of the river is the beginning of a river. It is also known as source. Headwaters are tributaries that form the source of a river.

The river mouth is the place where the river flows into the sea,ocean, or lake.

A countercurrent is a stretch of turbulent water due to one current flowing into another. An example is an Eddy.

A riffle is a short area of elevated river bed created by deposits of small rocks. The water flow in this relatively shallow section is turbulent due to fast-moving water beating against the gravel. It hardly bothers canoeists. 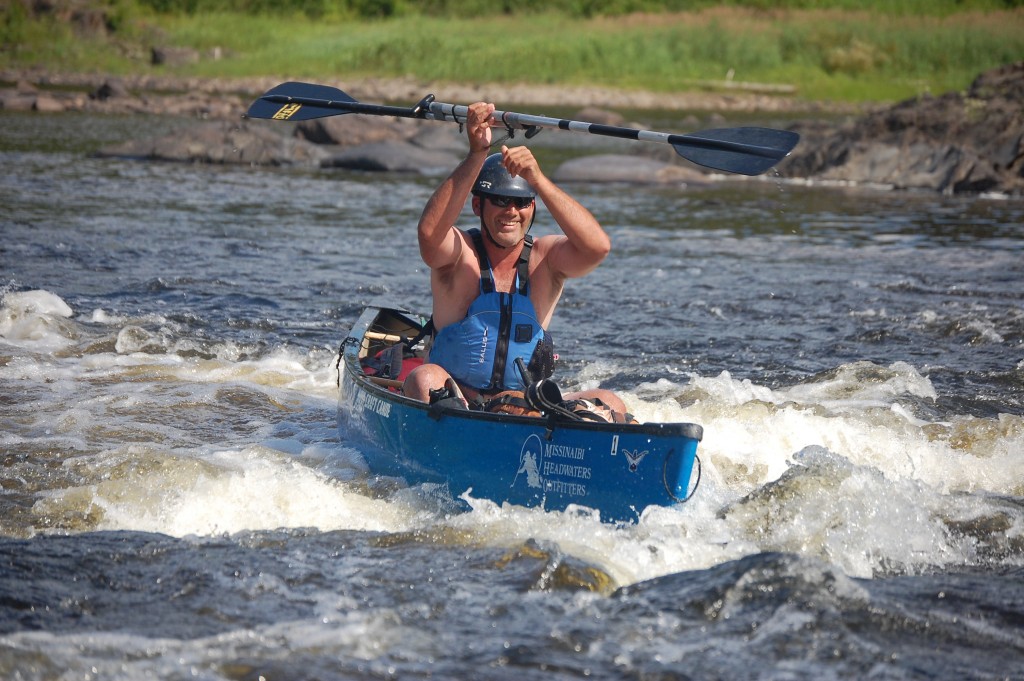 Sections of a river where water flows faster and turbulent are called rapids. They are often produced by gradient changes and as the water beats fast against the rocks present, air bubbles are formed which gives a characteristic ‘white water’ appearance. They are rated by level of difficulty to navigate from I – VI.

Scouting is the visual inspection and assessment of a rapid to determine if it should be run or not. It can be done from inside the boat or while standing at the riverbank. It is an essential skill in white-water expeditions.

A rapid is ‘run’ when one navigates their canoe or raft across it. A rapid is considered unrunnable if it is unsafe to do so.

Instead of running a rapid, one can avoid it altogether and choose to ‘walk’ instead. This means carrying the canoe and gear on a portage until it is safe again to paddle.

A portage is a path or trail on land for people to follow while carrying their watercraft and gear in between paddling. This activity is also called portaging or when done specifically to avoid a rapid, walking the rapid. 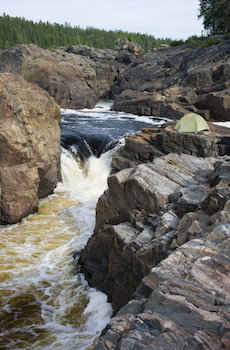 A drop is a sudden steepness in the gradient of a river downstream.

A waterfall is a drop from a higher altitude, usually as the river flows over a cliff.

An eddy is a part of a river that flows against the current (upstream) in a circular pattern after encountering a rock or similar obstacles. Eddies look like whirlpools and are great for resting or scouting during whitewater expedition. This is referred to as ‘eddying out’ or ‘catching an eddy’. Some may however be turbulent enough to pose a threat.

Flat vertical drops are called ledges. The fall that falls over ledges can create holes below. Ledges can also occur in series.

Undercuts are formed when the softer layers of rock or bank are eroded, creating a cave at that point. An unsuspecting paddler can get stuck in this trap.

A chute is a narrow constriction in a river that is steep, through which water flows with a high force.

A hole is formed when water flows over a rock or similar obstruction to create a void and a continuous countercurrent is formed upstream. Like an Eddy, it can be a fun place to relax but it can also form a dangerous vortex. A trained canoeist can often tell which holes are safe.

A hole that is created from the steep gradient produced when water flows over a ledge or man-made obstruction like a dam is called a pourover. It occurs just behind or underneath the obstruction and can be very difficult to snaggle out of. 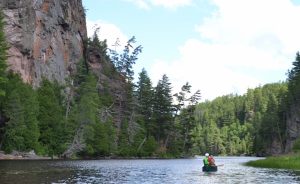 Reading the water is a skill that comes with practice and good instruction. An example is identifying which ‘V’ shaped signifies safe passage through a rapid or to a hole and which spells a note of caution.

Strainers are fallen trees or huge branches and similar obstructions inside the river that permit water and small items to pass through. Unfortunately, the downstream current encourages their sieve-like actions and can trap a paddler.

A sweeper is a tree or similar obstacle that hangs into a river and can ‘sweep’ off a paddler while they are on their canoe or cause them some injury.

A series of continuous, non-breaking waves is known as a wave train. They are often seen in rapids.

The procedures taken by a person to right their canoe, and reenter, after it capsizes is known as self-rescue. It is an essential skill for every canoeist.

The point at which a white-water expedition begins is known as the ‘put-in’ while the ‘take-out’ is the point where it ends. Another term for put-in is access point.

And last, but definitely not least:

The job of an outfitter is to get you geared up for your trip. The ‘O’ in MHO is for Outfitters and that is what we have been doing for almost three decades!

In addition to being outfitters, we also organize adventures, arrange logistics for group and personal trips, provide instructions during expeditions, offer professional training to meet your level of skill, as well as prepare gourmet meals worthy of our adventurers.

Click here to see our full range of services. Already booked with MHO Adventures? Here is a handy, yet comprehensive list of items that you need to pack for your next expedition. 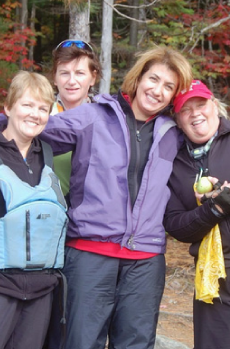 Choose your next adventure

Subscribe to our e-mail newsletter to receive updates, tips and advice.

Free Shipping in Canada on orders over $75! Dismiss